I decided that instead of paying $100 plus for custom vinyl lettering to put Wind Dragon’s name on her transom, I would paint it on.  Armed with Frog Tape, sharp knife, black acrylic paint, and a paint brush (all stuff I had around the house) I made my plan.  First I printed the template on the computer printer,

covered the transom with Frog Tape, 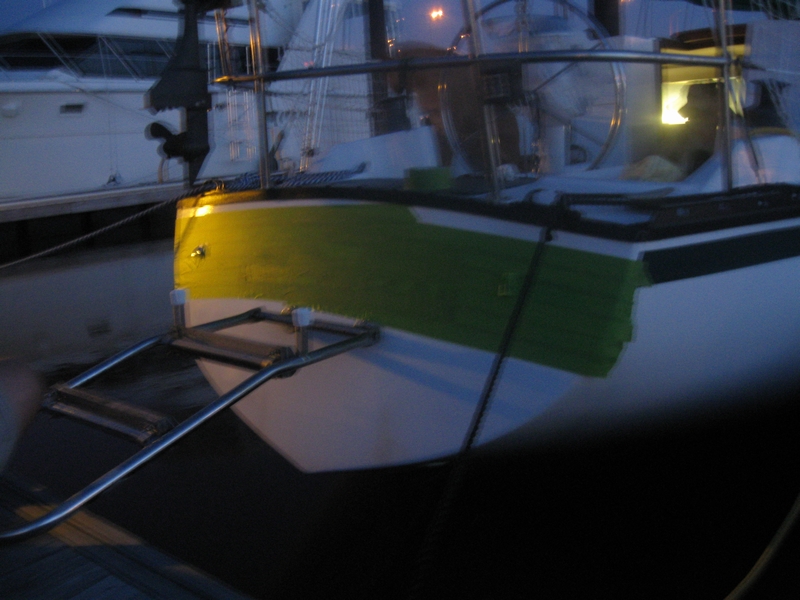 placed the template where I wanted it, 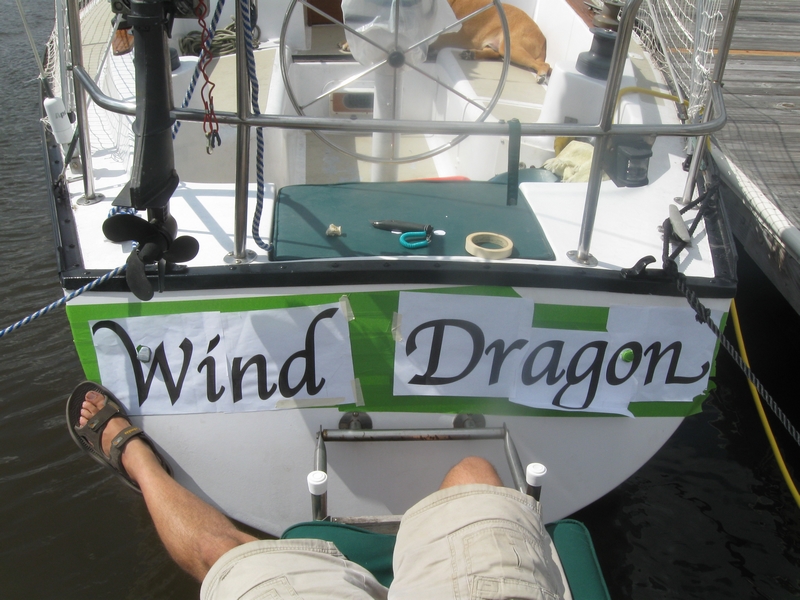 Cut out the letters using my utility knife, 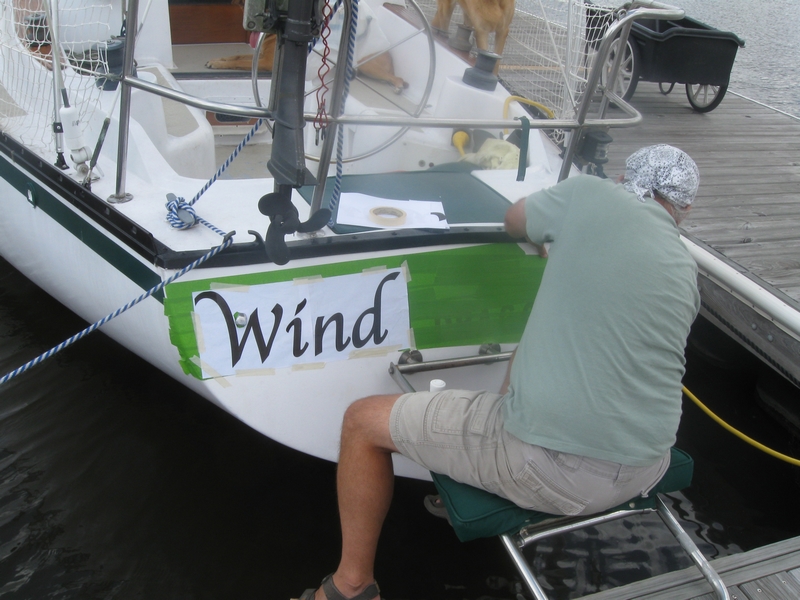 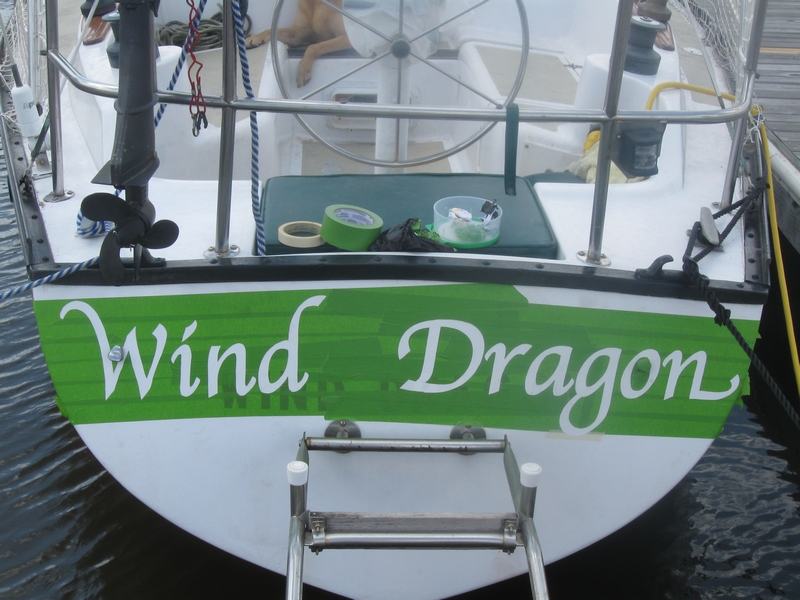 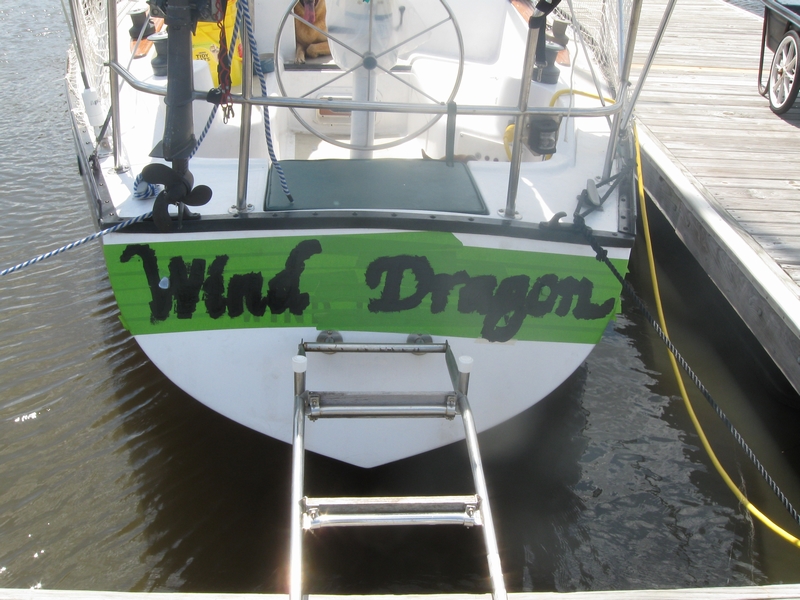 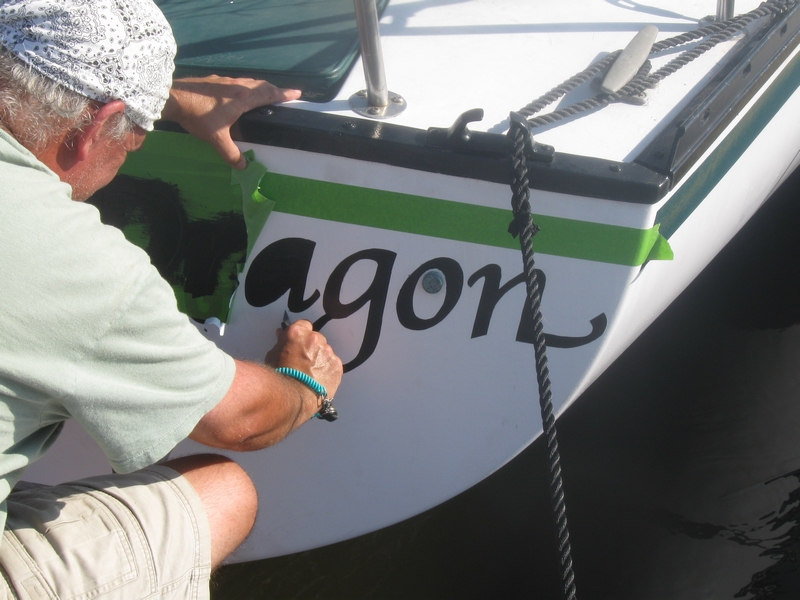 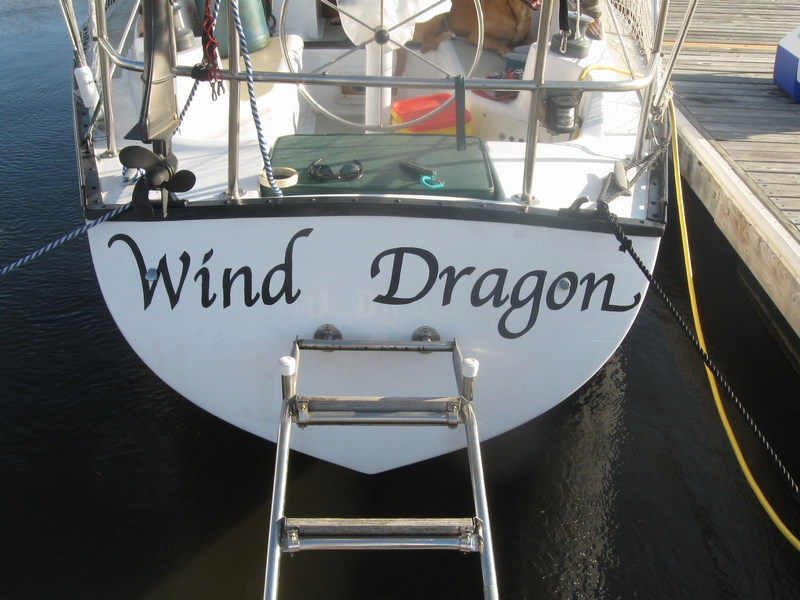 I have to say the Frog tape was not that good of an idea.  It left weird lines in the paint that the PO used to paint the transom.  But over all it worked out ok.